Scream for me Zagreb!!

A TWO DAY REPORT OF IMPRESSIONS: DAY ONE

After more than 45 years on the scene, these good old young men still deliver the best show we could imagine, I dare to say: as teenage boys who just don’t care what tomorrow brings.

Probably being eternally young at heart drives them forward, because despite everything that the human race has experienced in the past two years (and still is), no one even knows what is coming to us tomorrow, so it is smarter to use the moments given to us and make them unforgettable. Just like our boys did. They glow and burn seemingly with ease, as expected from a band with so much experience.

Someone who has seen IRON MAIDEN more than once might have expected more, but for those who found themselves in frot of full frontal attack of Iron Maiden for the first time- this was a complete hit.

The concert of Iron Maiden in the Zagreb Arena with which they started their tour to promote the new album as well as the album “Senjutsu” delighted me and left no one cold blooded.

In addition to the excellent set list, of 15 songs, they played three songs from the new album: “Senjutsu”, “Stratego” and “The Writing on the Wall”. The rest of the repertoire was older, although I would have preferred if they have added some more of the older singles.

But still, what would the Maiden be without all of us?!

So, apart from the band, I have to put emphasis on the crowded hall as well.

A completely packed venue, bunch of foreigners, young and old in unity connected by songs and melodies, many of which are older than themselves, but with which many have grown together with, made this event even bigger and more valuable to experience.

It’s also nice to dream of a city that would give its citizens a concert hall where the sound engineer would work with a smile, instead of weeping his soul with bloody tears to do something remotely audible with sound to cheer up the benevolent people who just came to support their favourite artists.

Whatever, 15 songs, two hours of fantastic atmosphere, great energy, togetherness and Maiden like scene that did not fail this time either, with two encores. This was the first time that “Aces High” was a show closer and that was more than enough to bring out the smiles and pleasure on the faces of visitors and bestows the faith that a better tomorrow still awaits.

So thank you all!

Thanks to the entire crew who with no doubt went out of way for this job. From the bottom of my heart, I wish you all strength and fortune for the future.

Thanks to the fans who made this event so precious and extremely fun!

And thank you Maiden for honouring us once again with your arrival and reminding us how much stronger we are together.

Good luck on and come to us again.

A TWO DAY REPORT OF IMPRESSIONS: DAY TWO/ MORNING AFTER

The atmosphere before the Iron Maiden was warmed up by a very good and energetic performance of the German metal band: Lord of the Lost. They certainly contributed to the fact that a cold concrete hall quickly became steaming hot and boiling with good atmosphere, positive vibrations and ecstasy that overwhelmed the crowd.

There’s no need to write something more about career of Iron Maiden, as the band became the world synonym for heavy metal and have been conquering all cultures and generations for many decades. I’m sure you already know the opus and main accomplishments of the band as its one of those bands you simply must love, or in other case: you respect them, but disliking them is not an option. It never happened- I’m sure.

Their status became iconic as they became a substitute parent or a comforting and understanding friend to many, as listening to Maiden became one of the crucial parts of finding strength during growing up, but also during many struggles during all our adult years. Their beautiful and astonishing songs with extremely deep lyrics bring out the harmony and peace in many of us, which is an extremely difficult task during this troubled times we are living in, when barely anything brings comfort or glimpses of joy any more. Except for Iron Maiden of course: the band that is unable to go below our high expectations every single time.

The very first concert within the tour “Legacy of the Beast” was held in Zagreb after almost 3 years of break from the concerts. Needless to say, the band executed a skilful and highly energetic show with incredible professionalism, musical perfection and fiery showman skills that melt even the coldest of hearts.

The band even prepared several world premiere live performances of the songs we were eager to hear for some time now! That has put Croatia in the centre of all that was important happening on Earth on that day. We are very thankful to Iron Maiden as they have truly developed a “love affair” with Croatia and have put our small, but beautiful country in the spotlight for the most important day many have been waiting for years and years! It was extremely beautiful witnessing the arrival of the fans from all over the globe without any exaggeration, as fans truly came from each corner of the Earth! I can’t even name all the countries fans came from, but it was definitely one of the biggest highlights of the day: to see and experience the love Iron Maiden fans from all over share and have for each other!

The band performed “Blood Brothers” for the first time since 2017 and it was indeed a very special treat. In a way it’s a very tangible fact that Iron Maiden fans indeed are like Blood brothers. The last concert of Iron Maiden I went to was the one I went to alone, without any company, but I wasn’t alone upon arrival- as it was only a matter of minutes until a gleeful metalhead hugged me for a sing-along quickly after the concert started.

Of course, it’s impossible to pick a favourite song or the biggest highlight of the concert, but: all hell broke loose at first cords of: „Hallowed Be Thy Name” which was followed by “The Number of the Beast”. Before those, the audience went wild at “Fear of the Dark” during which the audience became additional band member, as a choir of singers that have well rehearsed singing along and following the tune of the song precisely.

From each of the albums: “Piece of Mind”, “Senjutsu” and “The Number of the Beast”- three songs were performed and selection of other albums were represented by one song from each.

First encore was brutal and gave us (nearly) all we ever wanted: a flawless performances of “The Trooper”, “The Clansman” (first time as encore) and “Run to the Hills”. Following this night full of wonder and surprises: “Aces High” was performed for the first time as show closer. Of course, all this caused a long-unseen euphoria in the audience.

Unfortunately, the concert seamed to last too short, but I’m sure that time would fly by even if the band played far more longer, as there are always some more favourite songs we wish we could hear. But, let it wait for the next time, as I will carry only most precious memories from this astonishing spectacle we witnessed last night, when Zagreb became centre of the world!

They indeed have presented their masterful legacy of their world-famous and timeless musical master-pieces that have set the standards so high that hardy ever anyone could come close to that Empire of the Clouds Iron Maiden created. 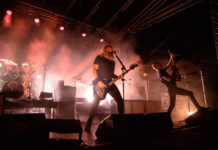 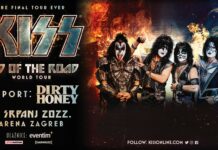 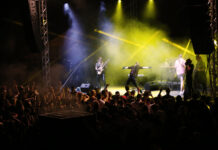 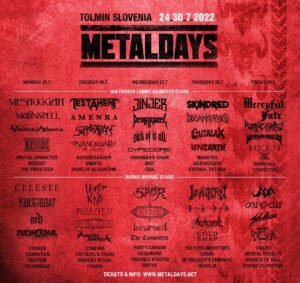 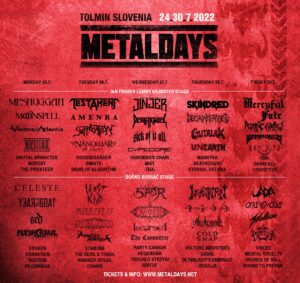 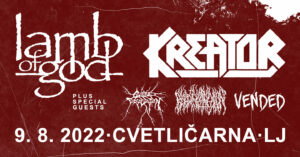 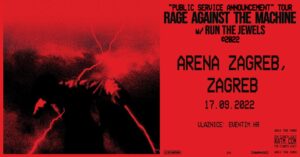