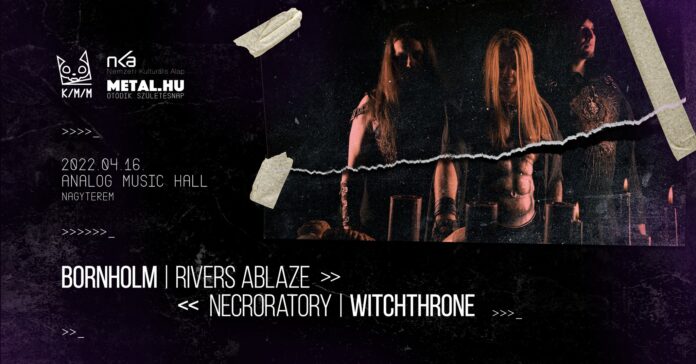 After more than two years, Bornholm will take the stage thanks to Metal.hu, this will be a special occasion for all of us. It’s been a long time since the recording of “Apotheosis”, which was finally released by Napalm Records last November. then.We can play these magical songs in a completely different world than the one in which they were written, but even more so than the one in which they appeared.
We have always represented strength, will, never obedience or compromise. Accordingly, we wanted to wait with the concert until everyone was free, because respect is the one who resists the coercion. But time goes by, and I really hope that the winds of the emerging new world will sweep away these so-called restrictions by the day of the concert. ”
The concert will feature Rivers Ablaze’s upcoming third album, The Black Hole Era.
As Necroratory and Witchthrone will release their new album tonight.

AGE LIMIT FOR PROGRAMS
Children under the age of 18 can only attend the concert with their parents.